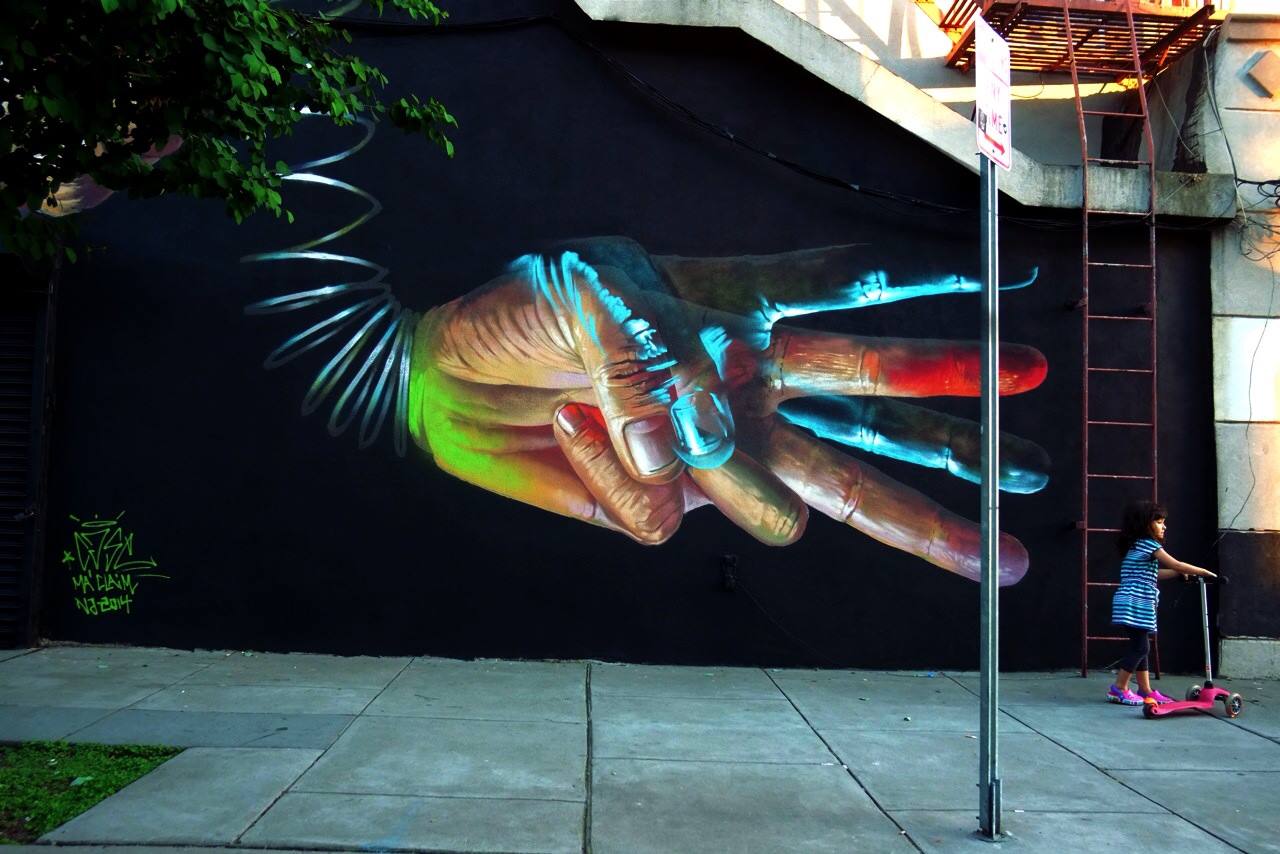 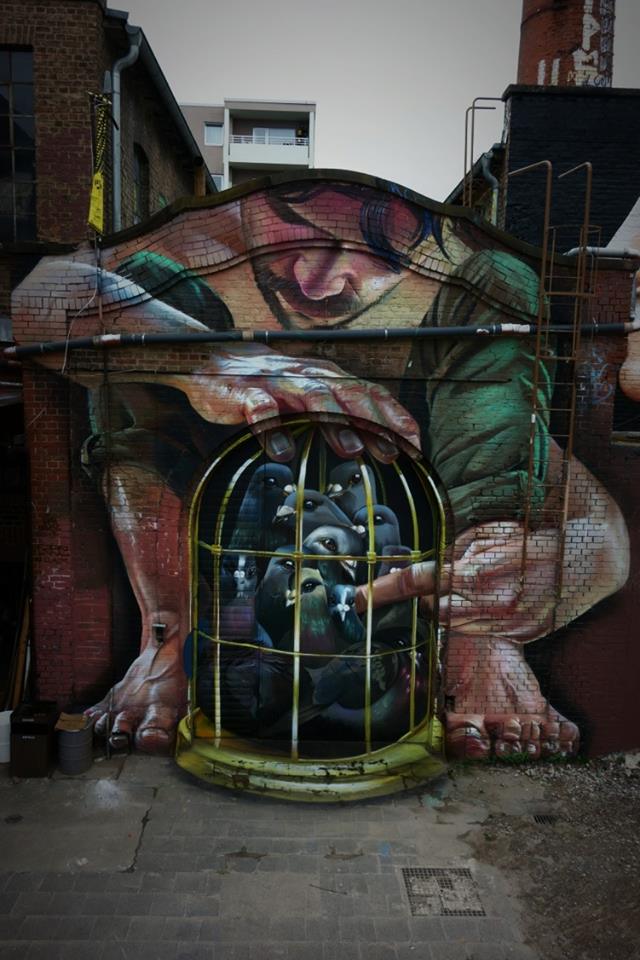 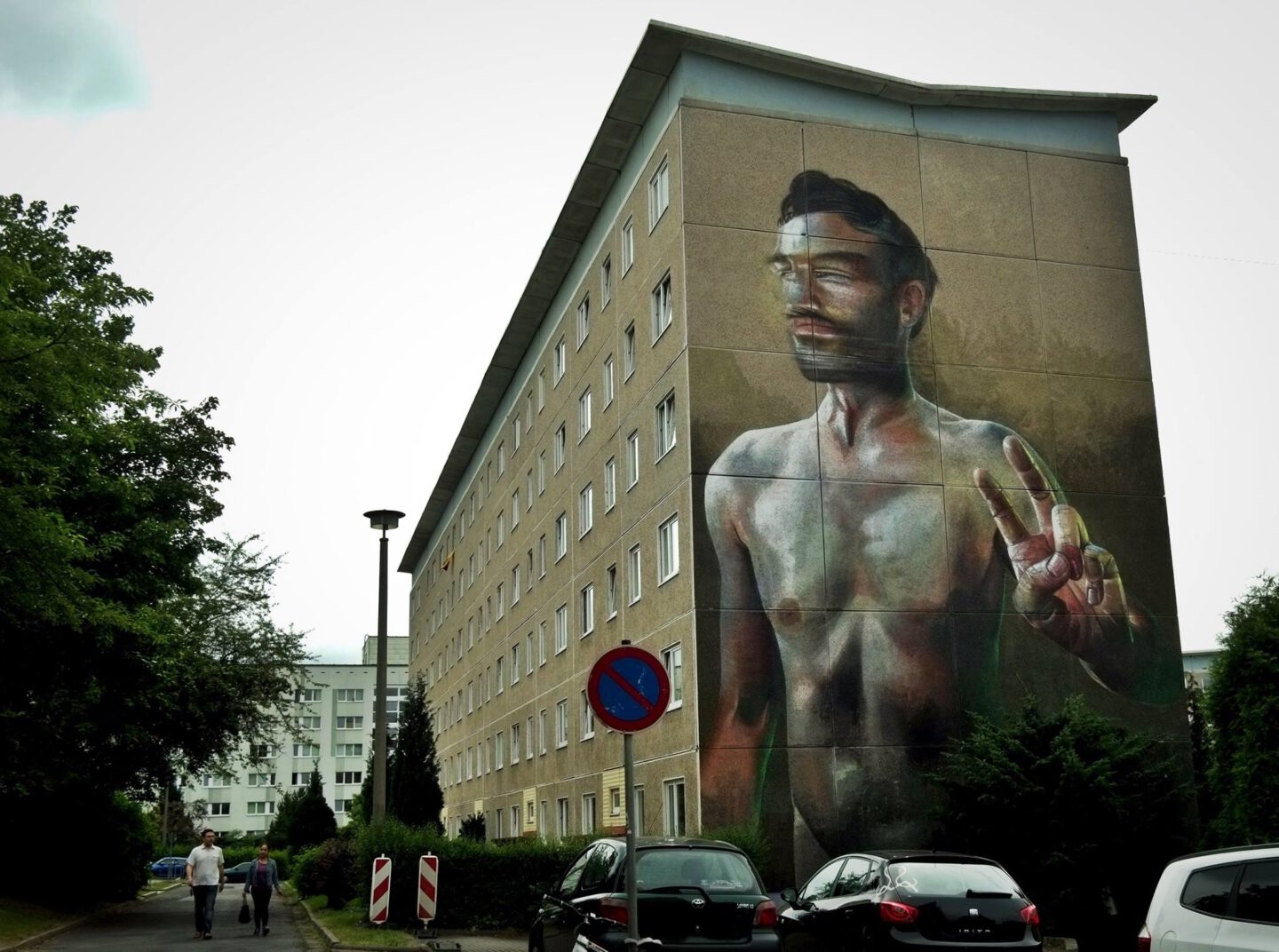 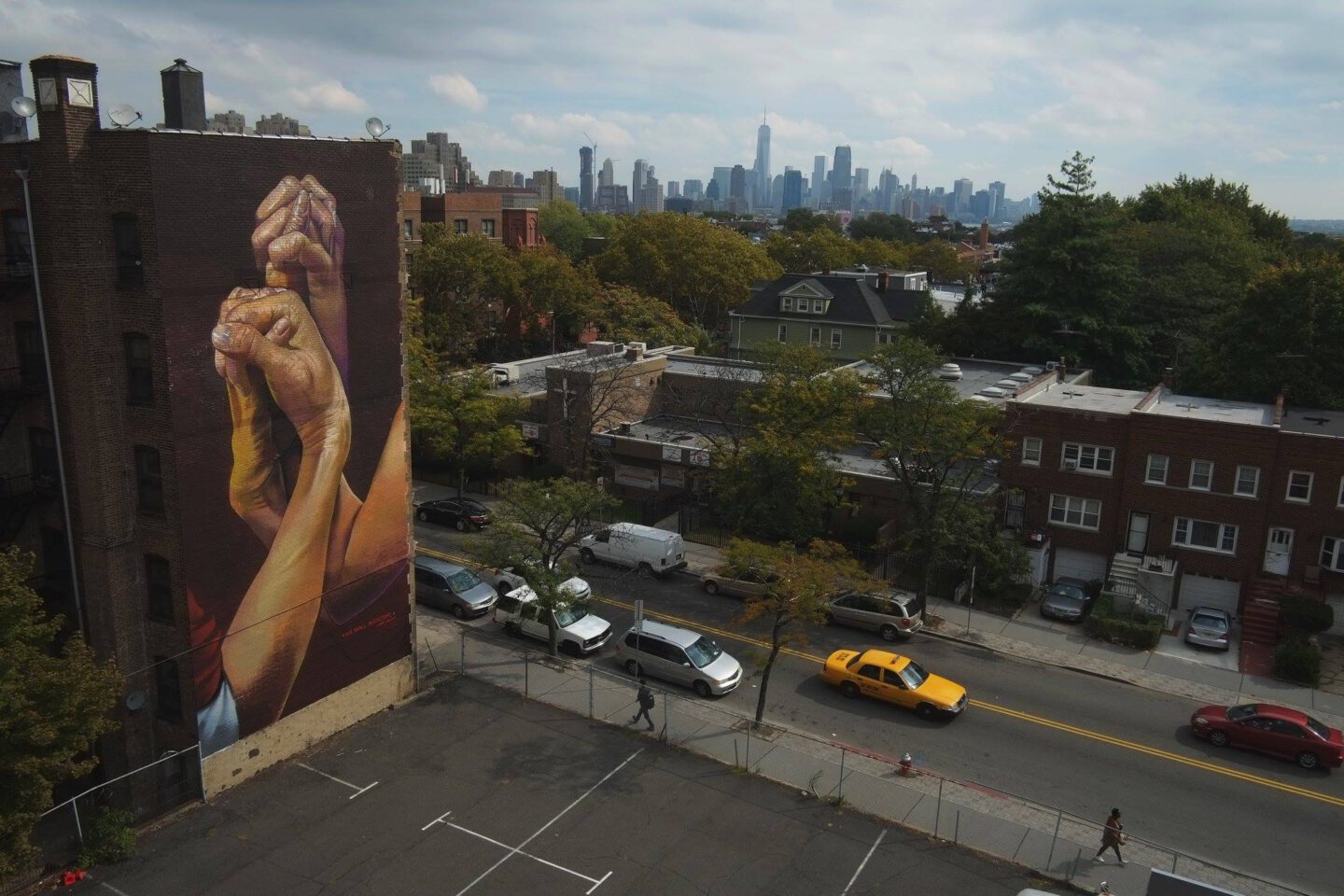 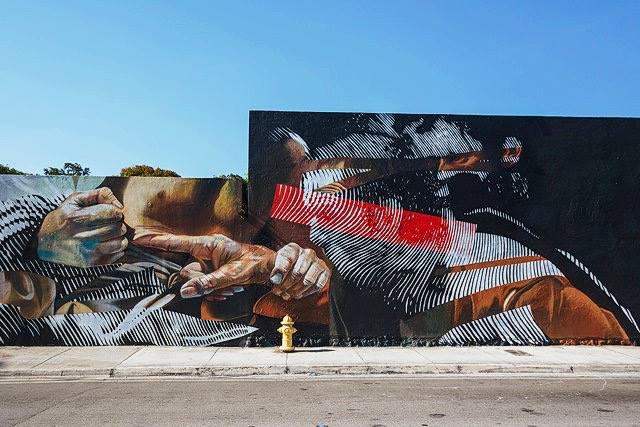 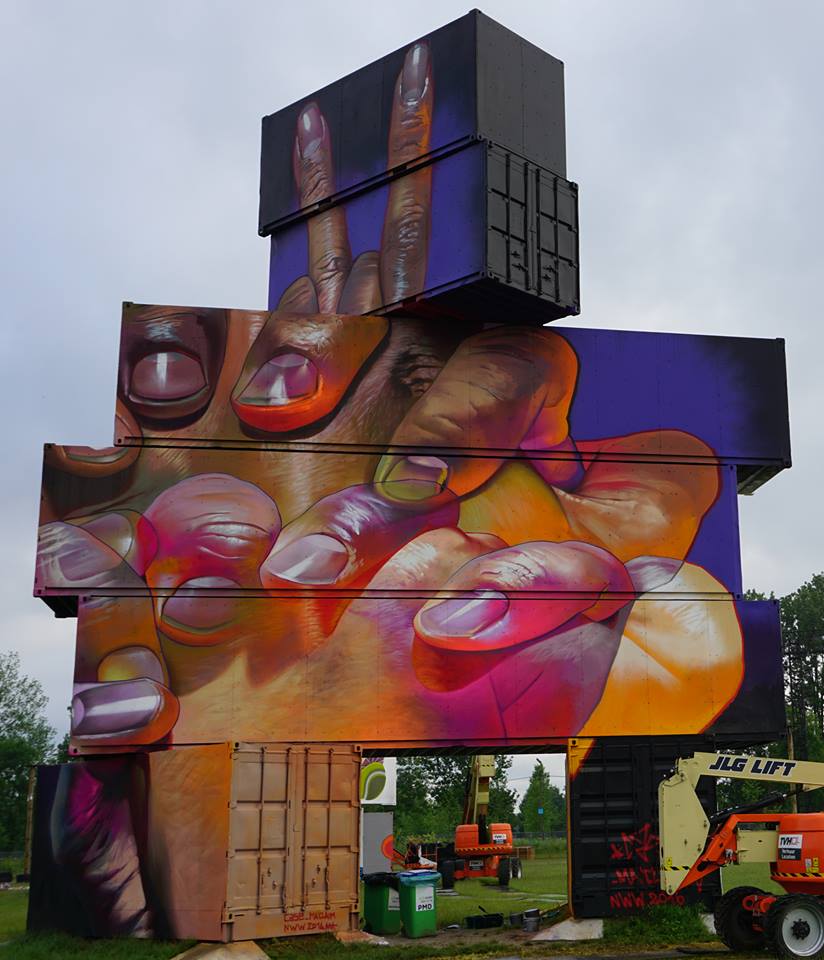 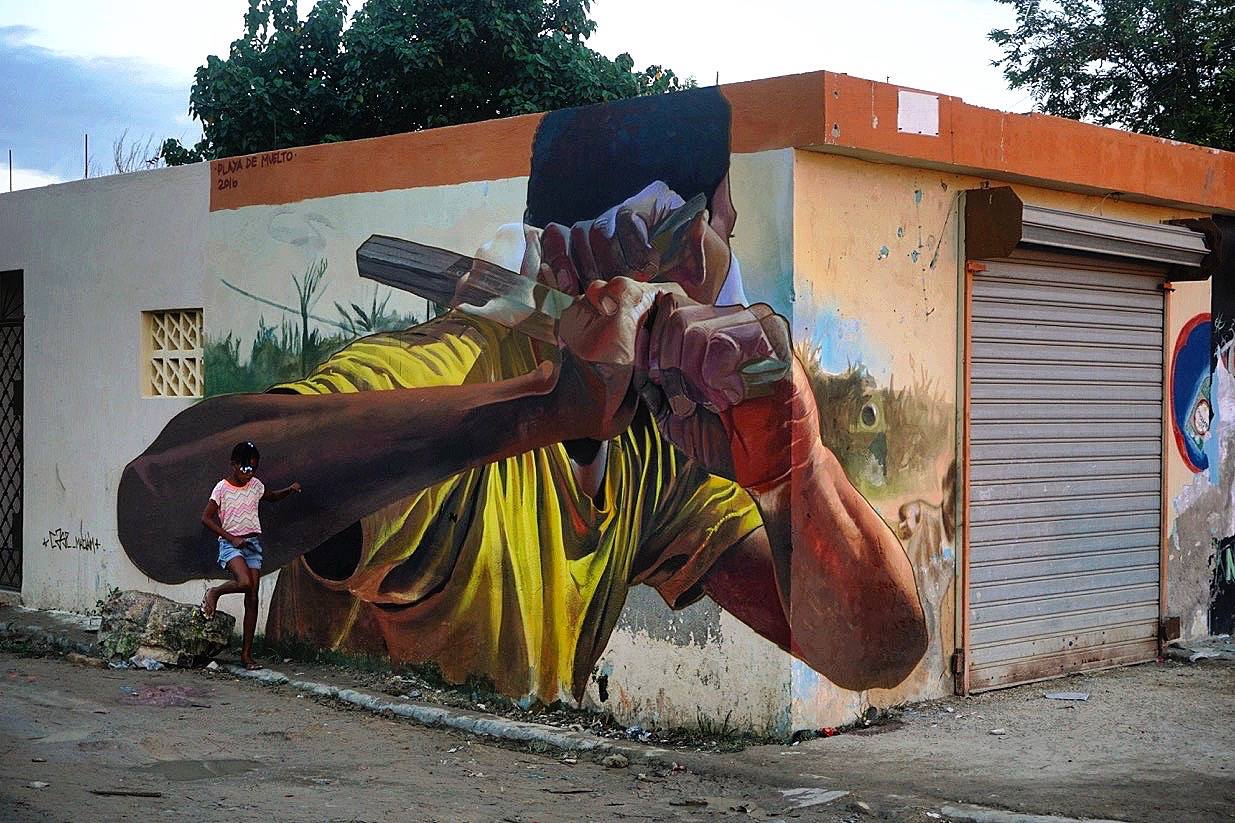 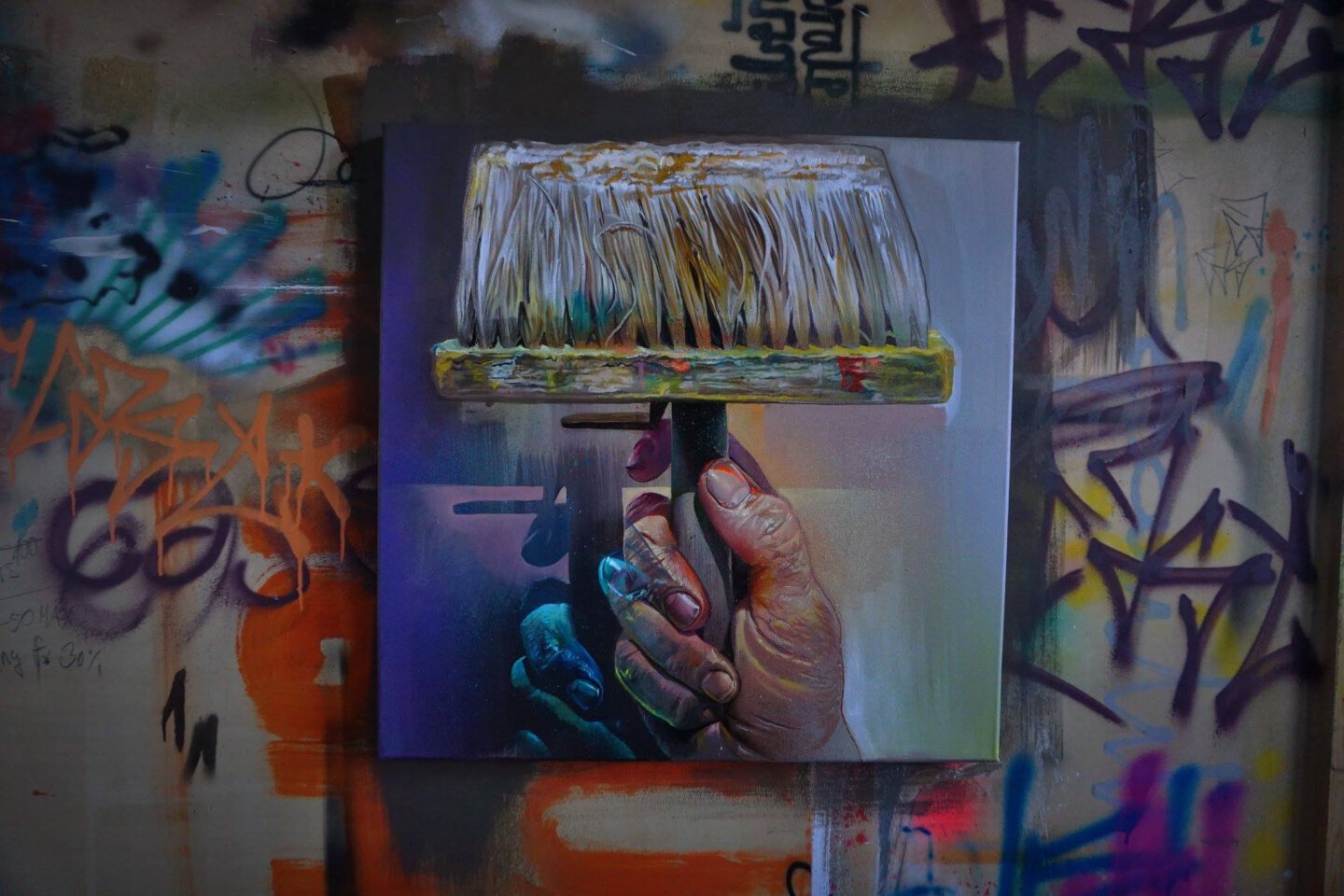 Case aka Andreas von Chrzanowski is a founding member of the renowned Ma’Claim Crew and has been a pioneer of photorealism for over two decades, primarily using the medium of spray paint to embrace the power of movement through the universality of hands. “Power” and “movement” have individually played key roles in the backbone of his German roots, inspiring him to communicate his strong messages of unity and power by overlaying hands. The overlaying “movement” is not just the physical body movement but also political movement, generally being left without a particular context in which the viewer is left to visualize the remaining story and emotion that is relative to their current situation. Having travelled to over 20 countries, he has literally left his fingerprints in each, continually leaving bits and pieces of a language understood by all. After all, a hand gesture can tell a thousand words.