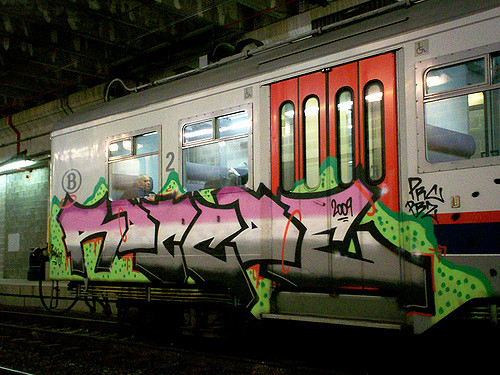 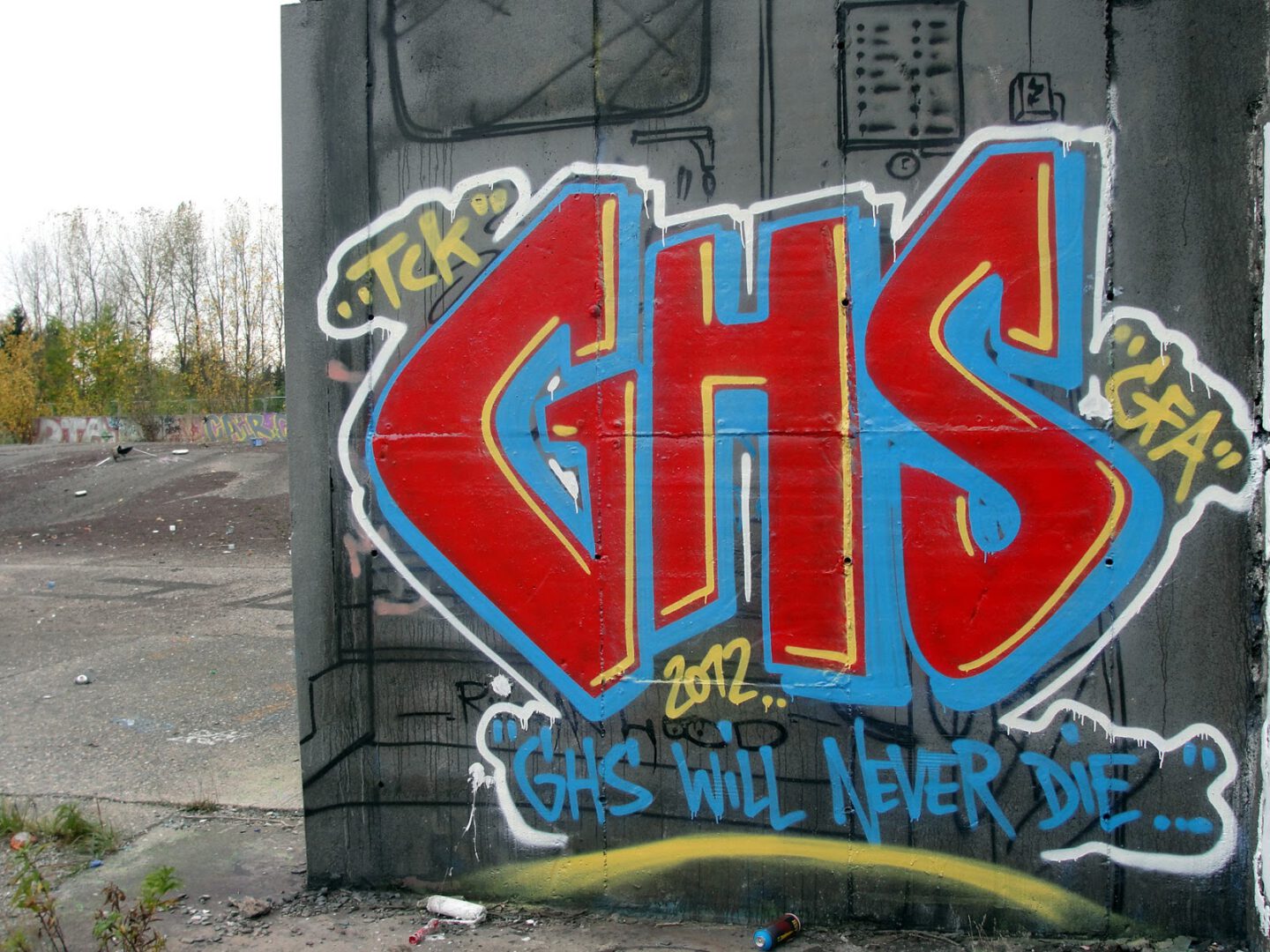 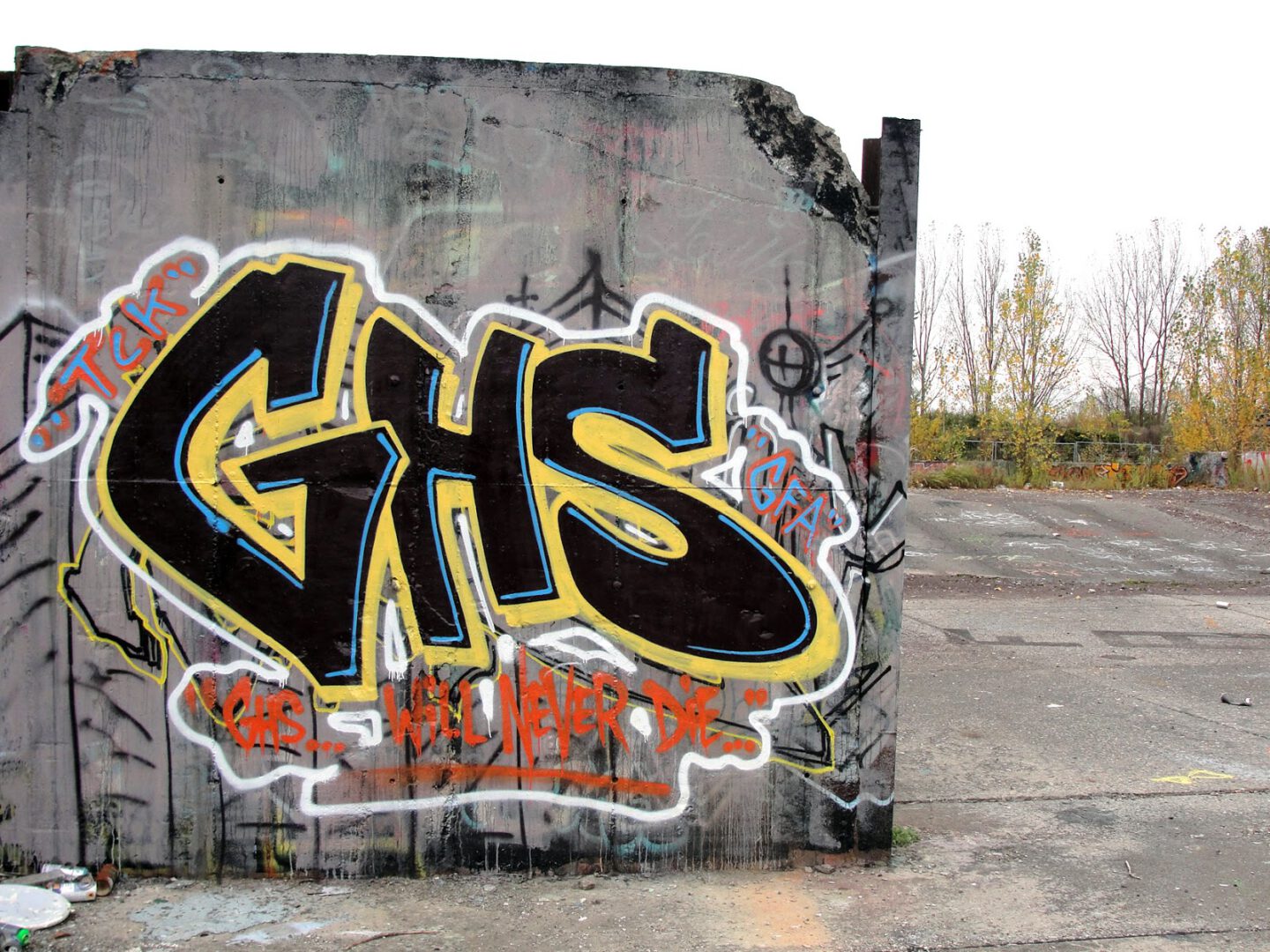 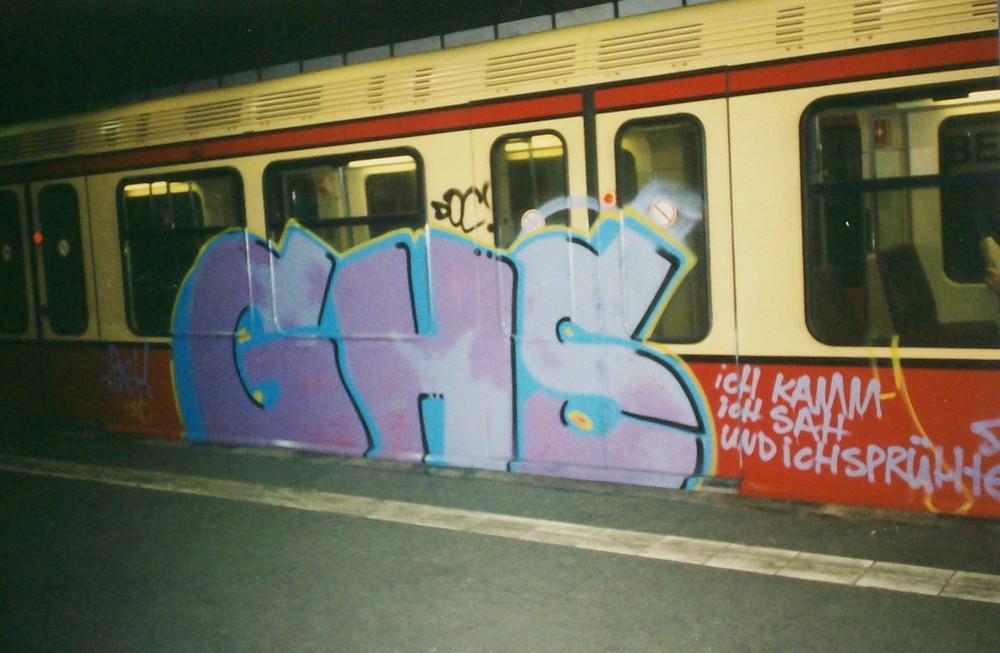 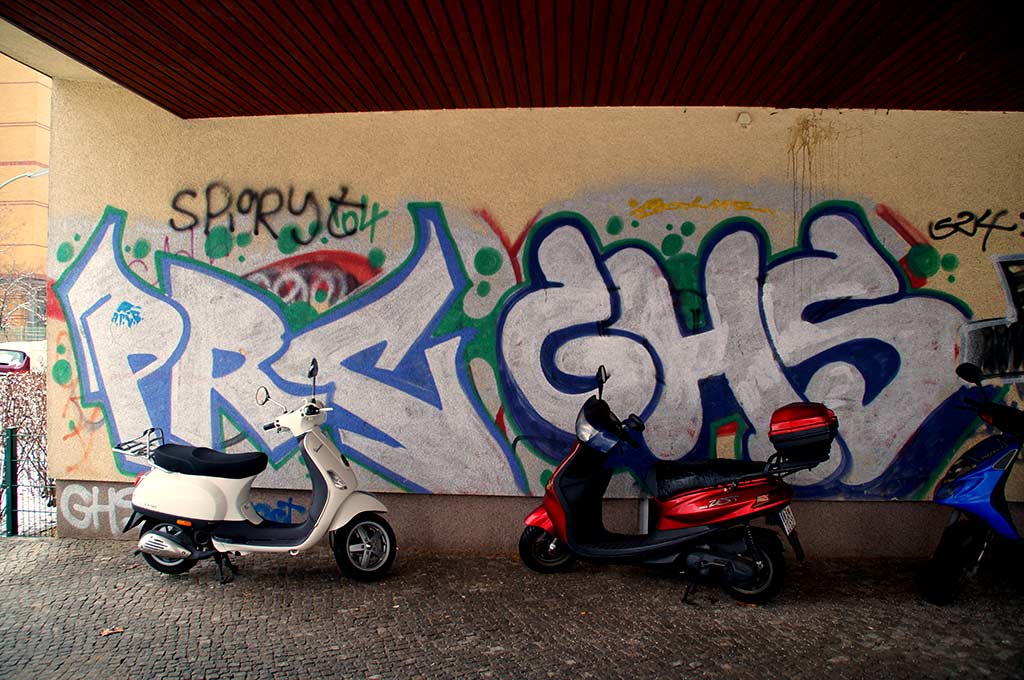 BAS2 & ROCCO aka GHS – Ghettostars is a writer crew that was founded in 1991. In the beginning, they were focused on the New York style. They are internationally known for their huge pieces. GHS is one of the last old school crews that is still active. Fresh and colorful pieces are as important as bombings in the public space. Members like WESP, KHAN and BAS2 have been writing since 1986 and have not lost their love for letterings. There are also younger members, like Rocco, who flies the flag for GHS by sending fresh trains into traffic. Or Leroy who likes it as colorful as it gets. The most important thing for GHS is the brotherhood. From the beginning the maxim of GHS has been: “One god, one mind, one crew GHS!”. The members are: WESP, ROCCO, BAS2, KHAN, DOK, LEROY, KEEN, SKUME, HULK, SOME, LEVEL, VEN1.