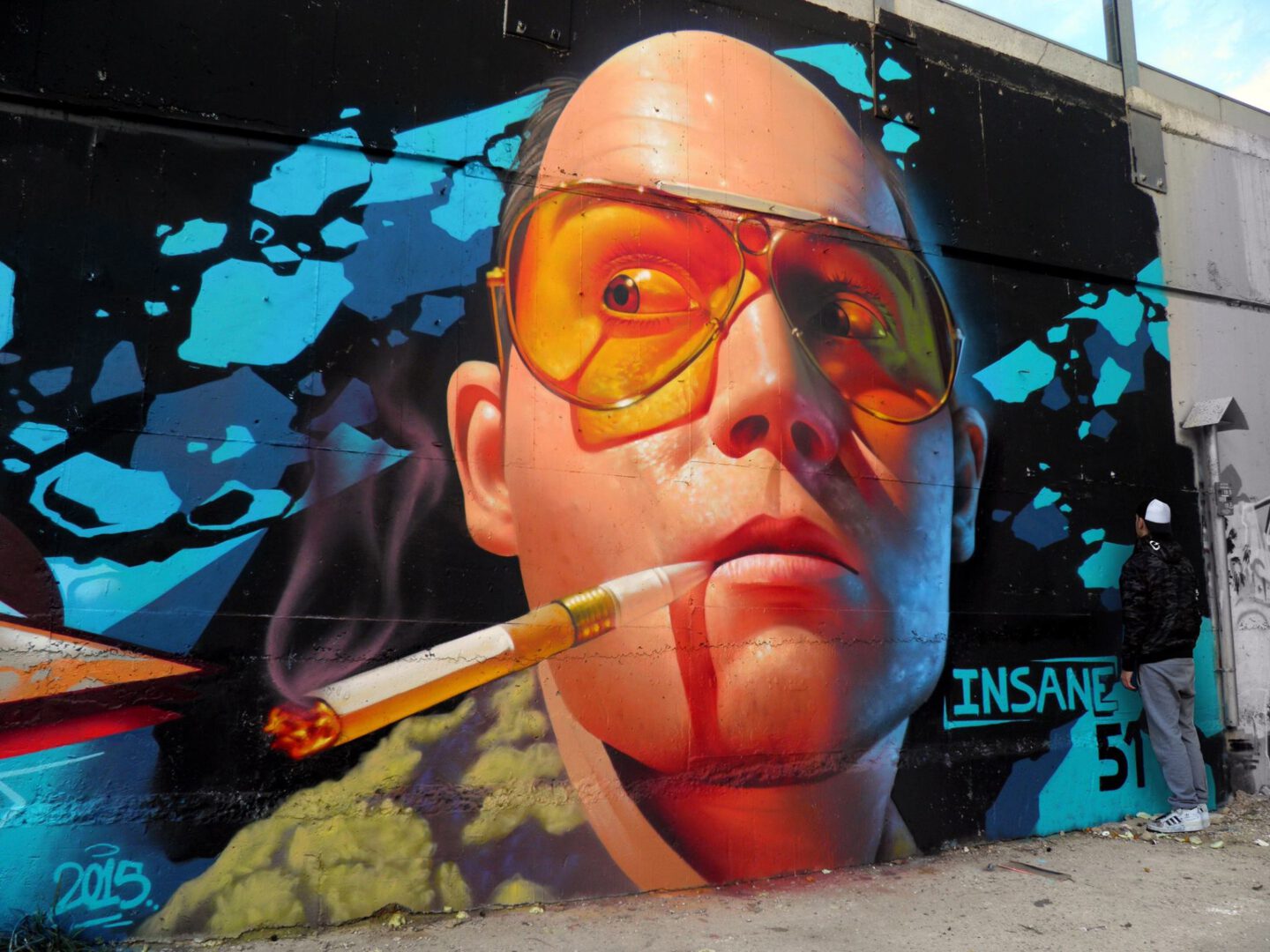 Insane51 started his street art career in 2006 in Athens. Inspired by huge murals in the city, he finalized his first mural in 2007. At this point he was focused on portrayals and experimental techniques with form and color. Afterwards he started specializing in photorealism and overlay-murals, which is his very own handwriting now. His name tells it all. The insane aspect of his work is his ability to place two murals on the same surface. What the viewer cannot see with the human eye appears if they look through 3D glasses. This technique is only possible because of his mastery of photorealism and use of color.