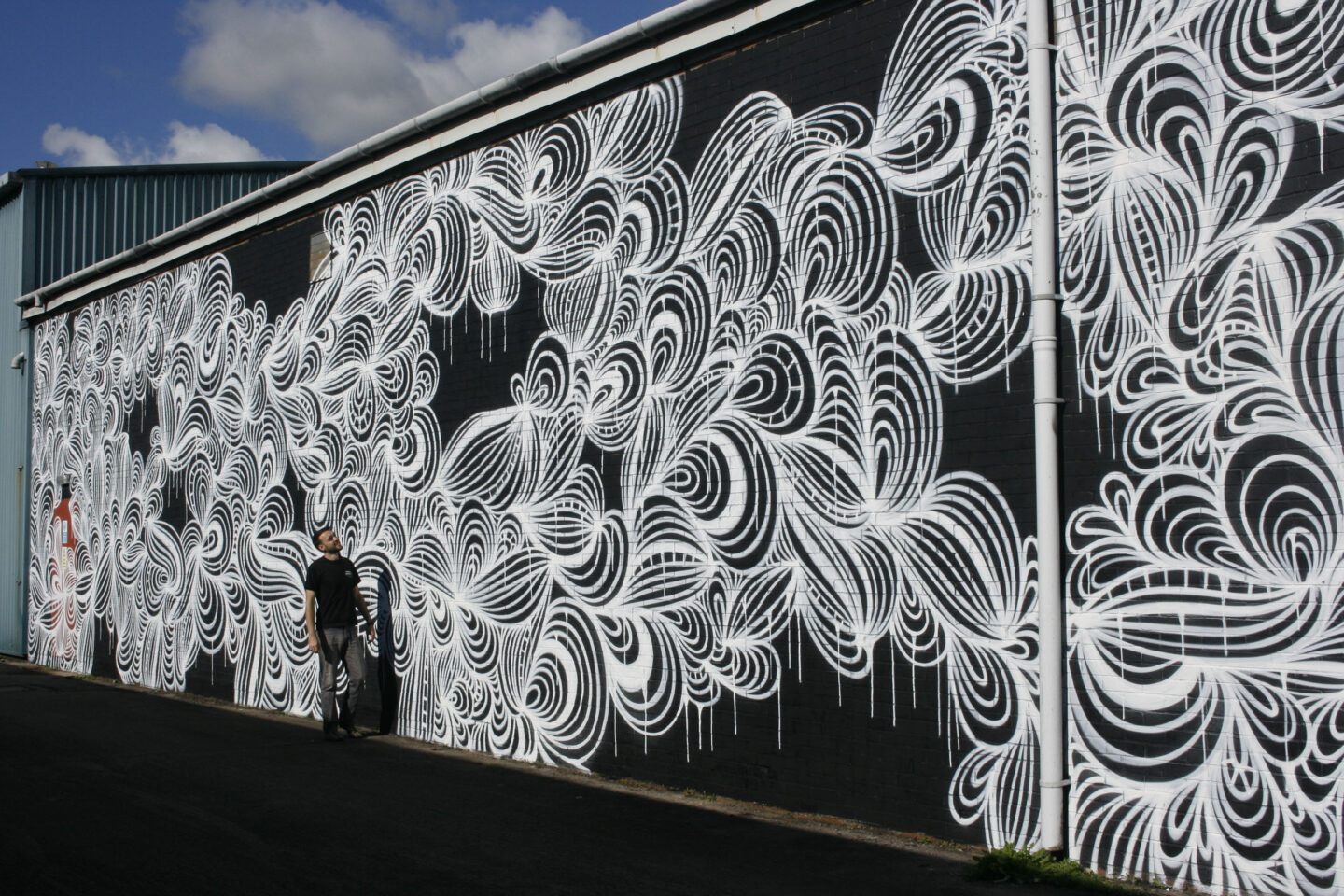 Simon Röhlen (KEF!) was born in Aachen and raised in a small West German town called Übach-Palenberg. He moved to London in 2013 after seeing the vibrant street art scene and feeling that there was a gap that his style could fill. In 2015, he decided to move to Berlin, attracted by its alternative lifestyle. The intricate style of KEF!’s work can be described as abstract graffiti. He often talks about the peace and harmony within the lines he creates and that the mission of his current life is to spread these two aspects. As an artist he works instinctively, taking inspiration from Buddhist teachings and nature. For KEF!, nature contains the utmost beauty on this planet.

KEF!’s work can now be seen all across the globe. He has been working with Urban Outfitters, Park Lane Hotel Hong Kong and Printemps Paris, amongst others. Recently he has been represented by Galeries Bartoux, just to mention one of the several galleries in America and Europe.