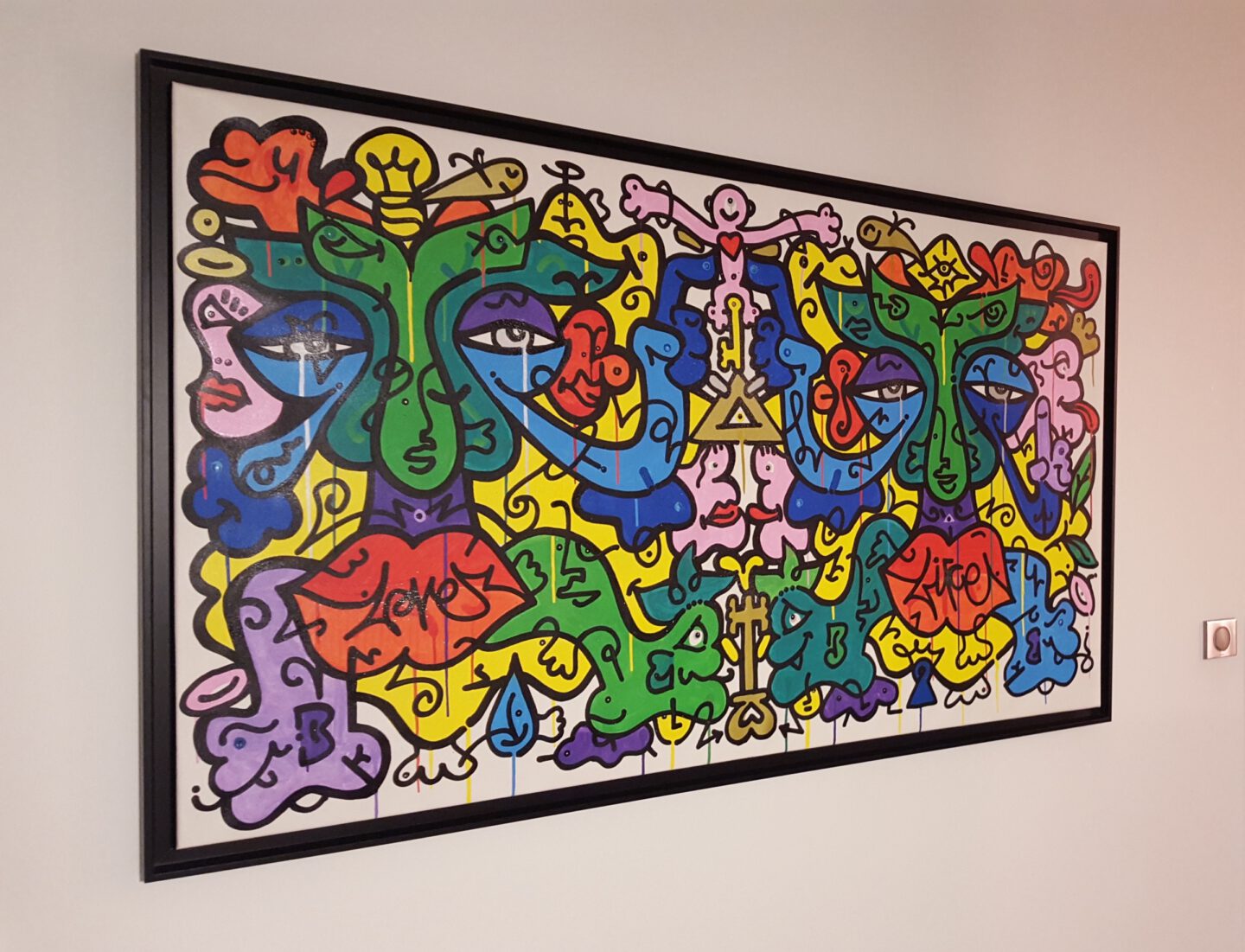 An artist issued from the graffiti movement, Louis Bottero makes signs by speaking with unrivaled virtuosity, just as a jazzman does. With absolute, sacred spontaneity, this musician of colors interprets letters and the world. Drawing his huge energy from modern-day urban culture, he dialogues with his codes, mingling strict calligraphic work with pictorial declensions rich in symbols.

Very much involved in the artistic scene of contemporary urban culture, he exhibits in Paris and Berlin and regularly stages performances of live painting. In 2014 he exhibited at the EDF Foundation in Paris and on the other side of the Atlantic, at Arsenal, Montreal’s Modern Art Center, where he represented French urban art at an international exhibition. In 2015, he joined Paris’s prestigious Cité Internationale des Arts as artist in residence, and exhibited in 2016 at the Art Urbain International 8e Avenue salon, held on the Champs-Elysées on the fringe of Paris’s international modern art fair, FIAC.