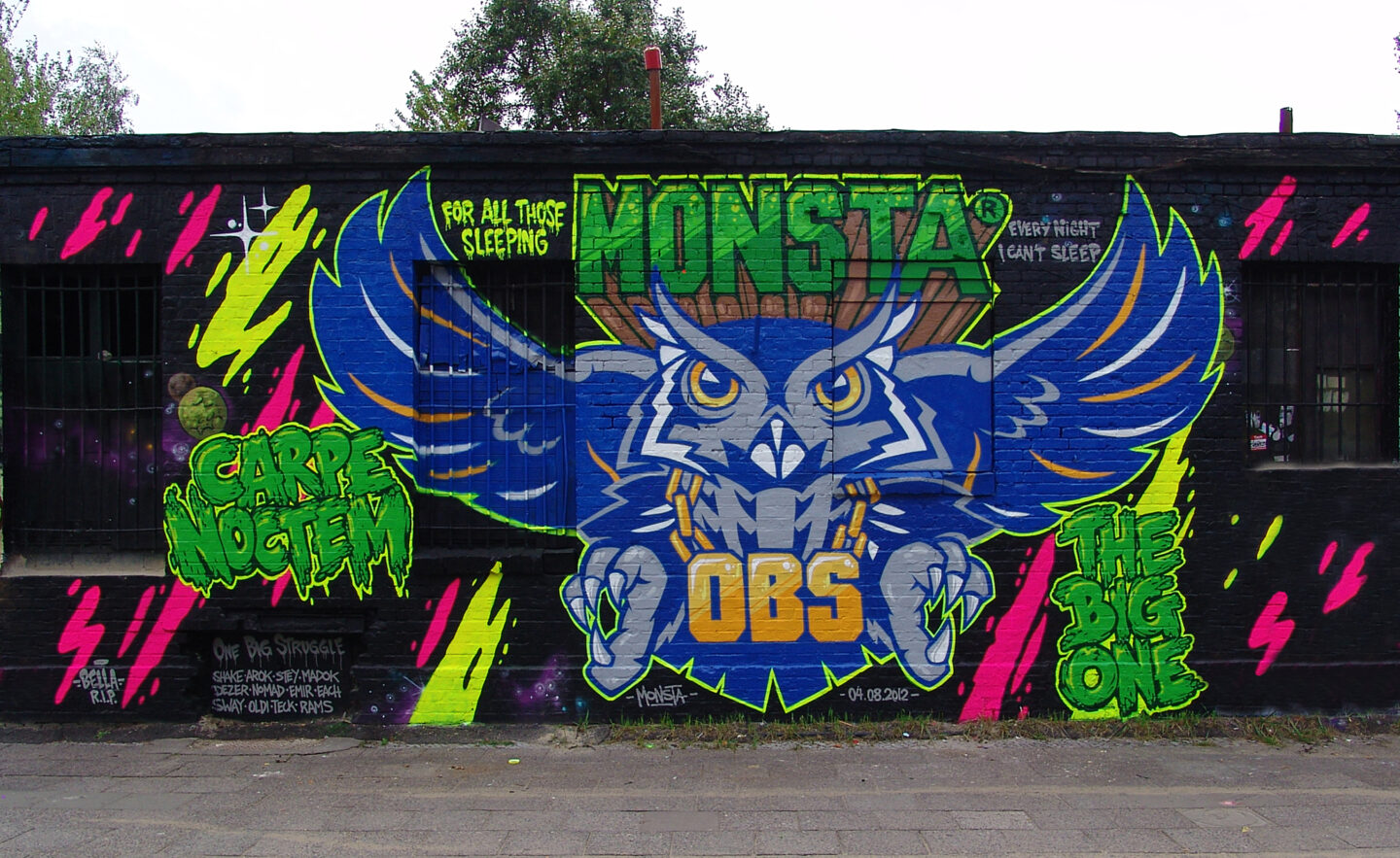 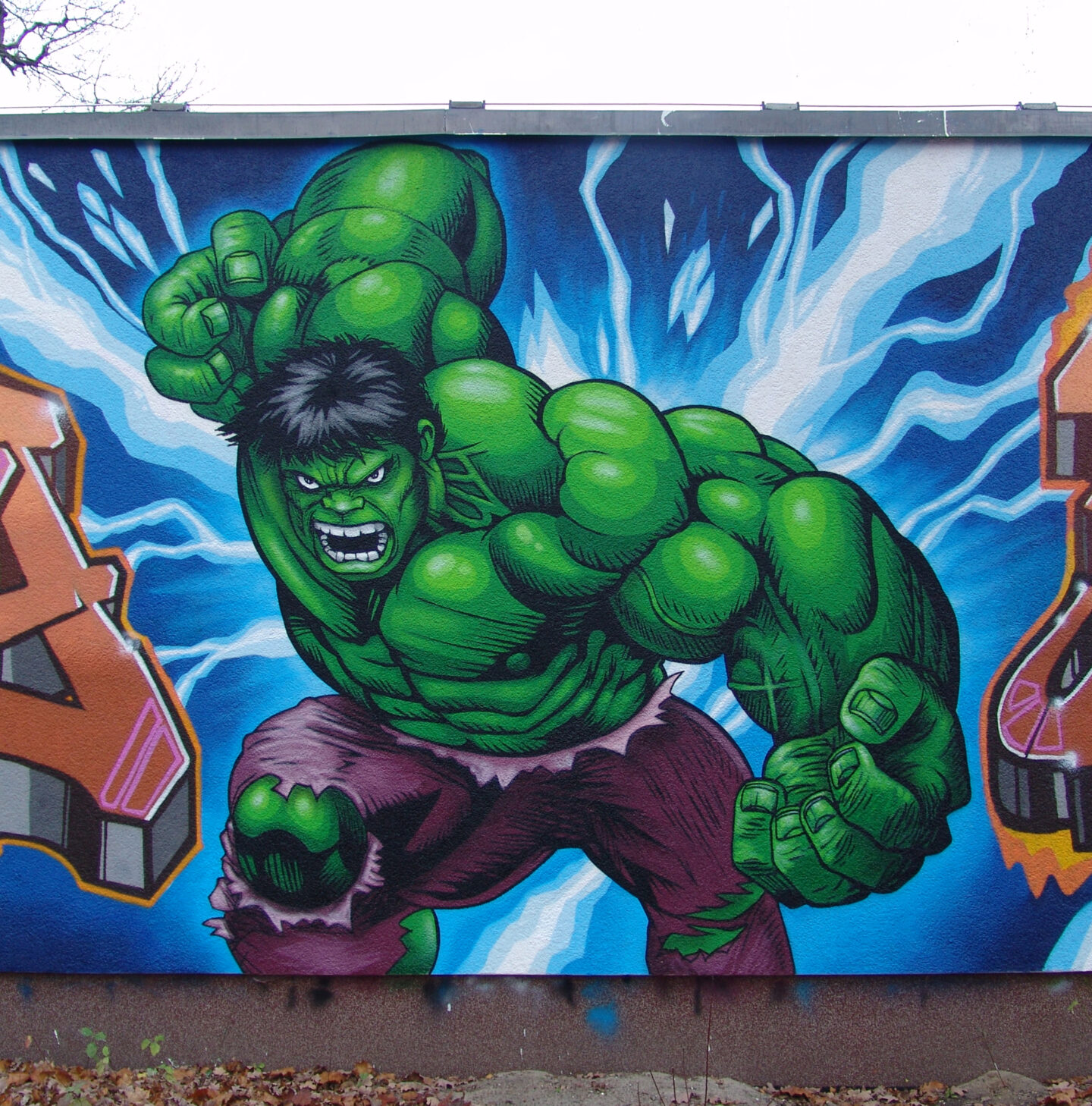 Monsta179 has been an active graffiti writer since 1994 and is a member of the OBS crew. Mainly he paints in the Berlin-Brandenburg area, but also if he is abroad. Over the years, he has used different names but always paints for the OBS crew. He creates classic graffiti, letters, characters and backgrounds. He prefers to create colorful and clear artwork with a lot of details. He has a passion for comics, which you can see in his graffiti. Apart from creating street art, he also does commissioned work, though this work has nothing in common with his graffiti. He clearly separates those parts of his life. His work has never been exhibited and is hard to find online. THE HAUS is the first public exhibition he is participating in. From now on he plans to attend more art and graffiti projects.