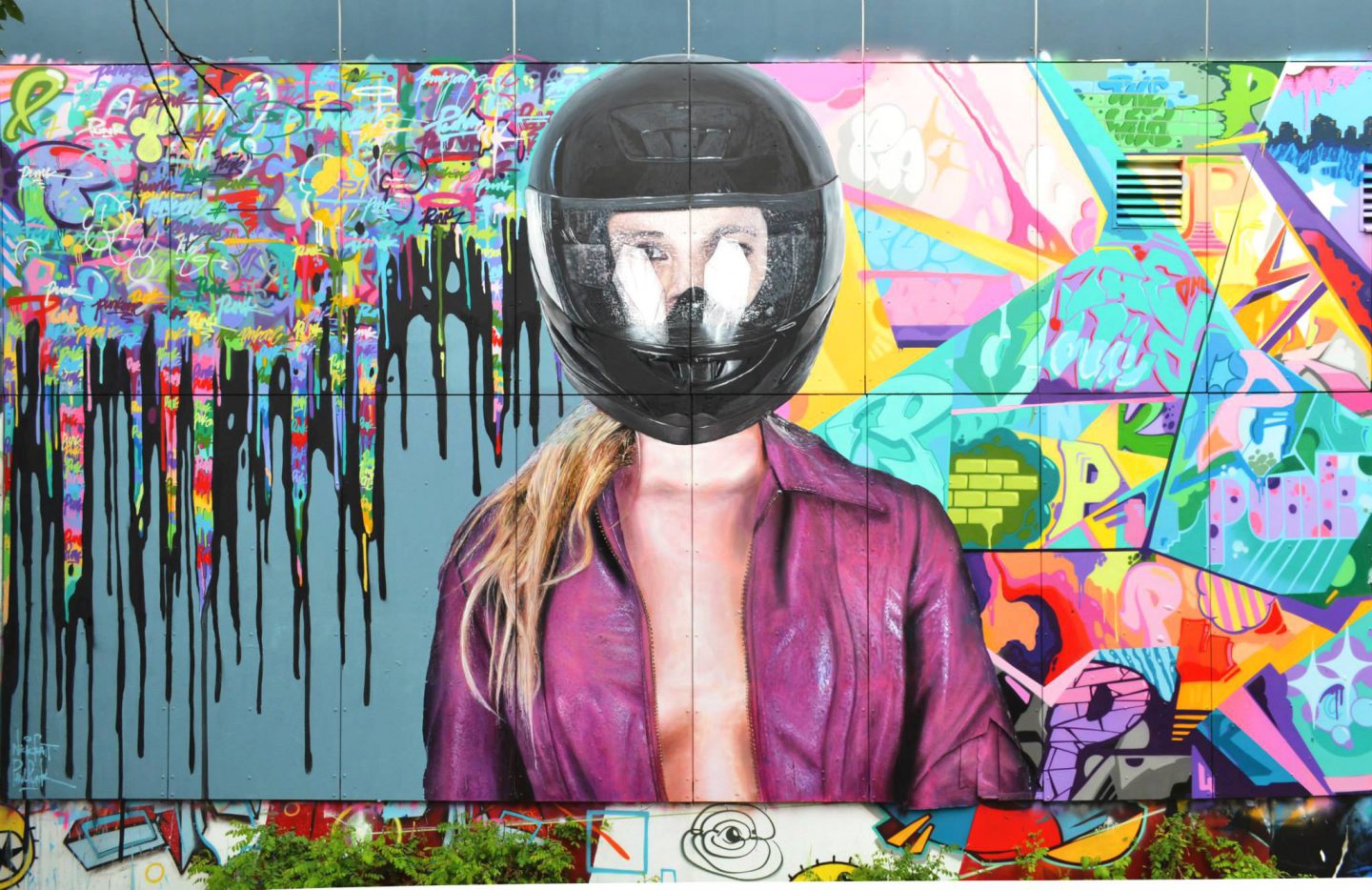 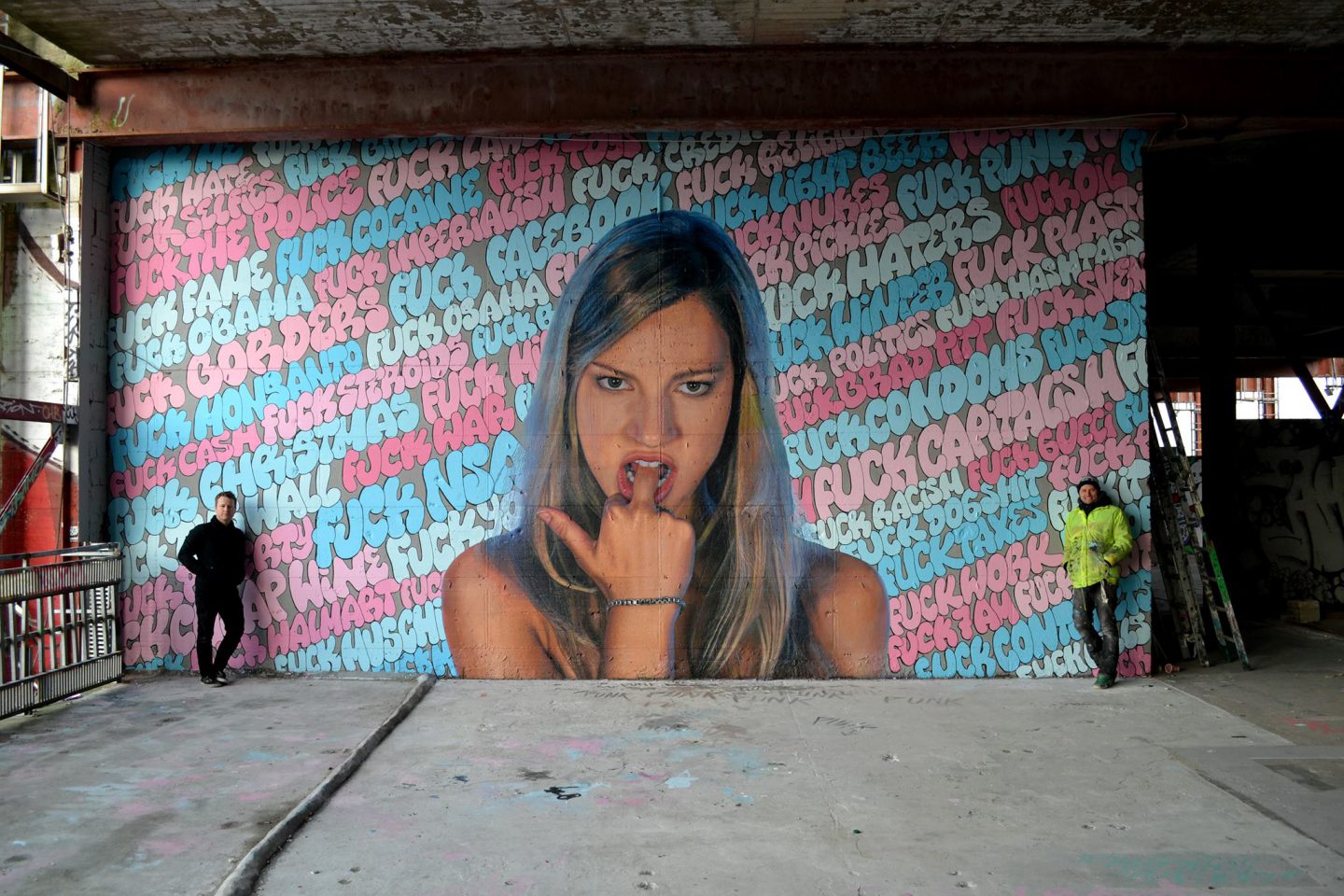 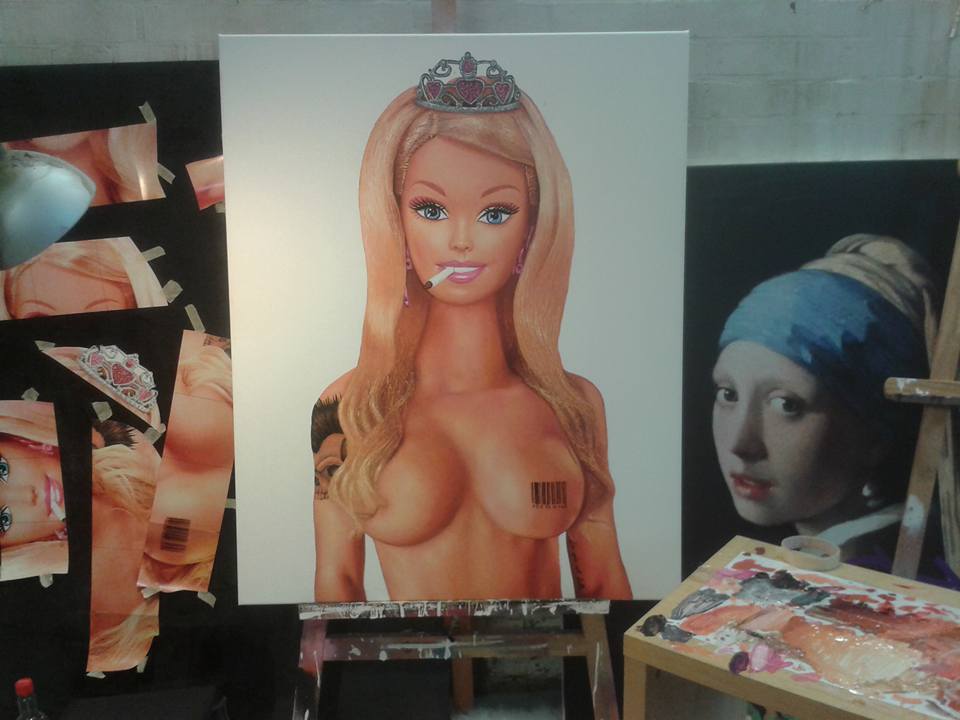 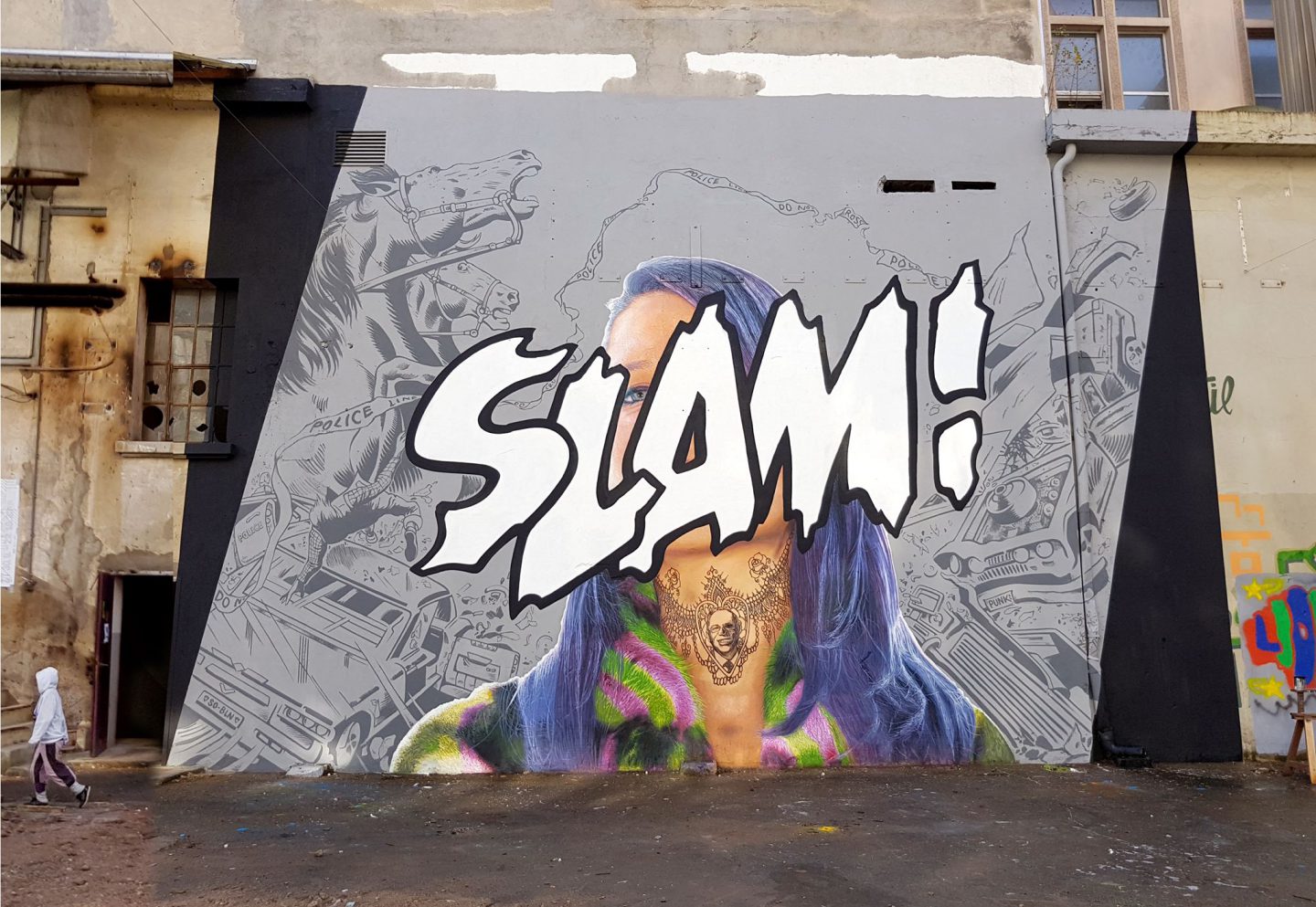 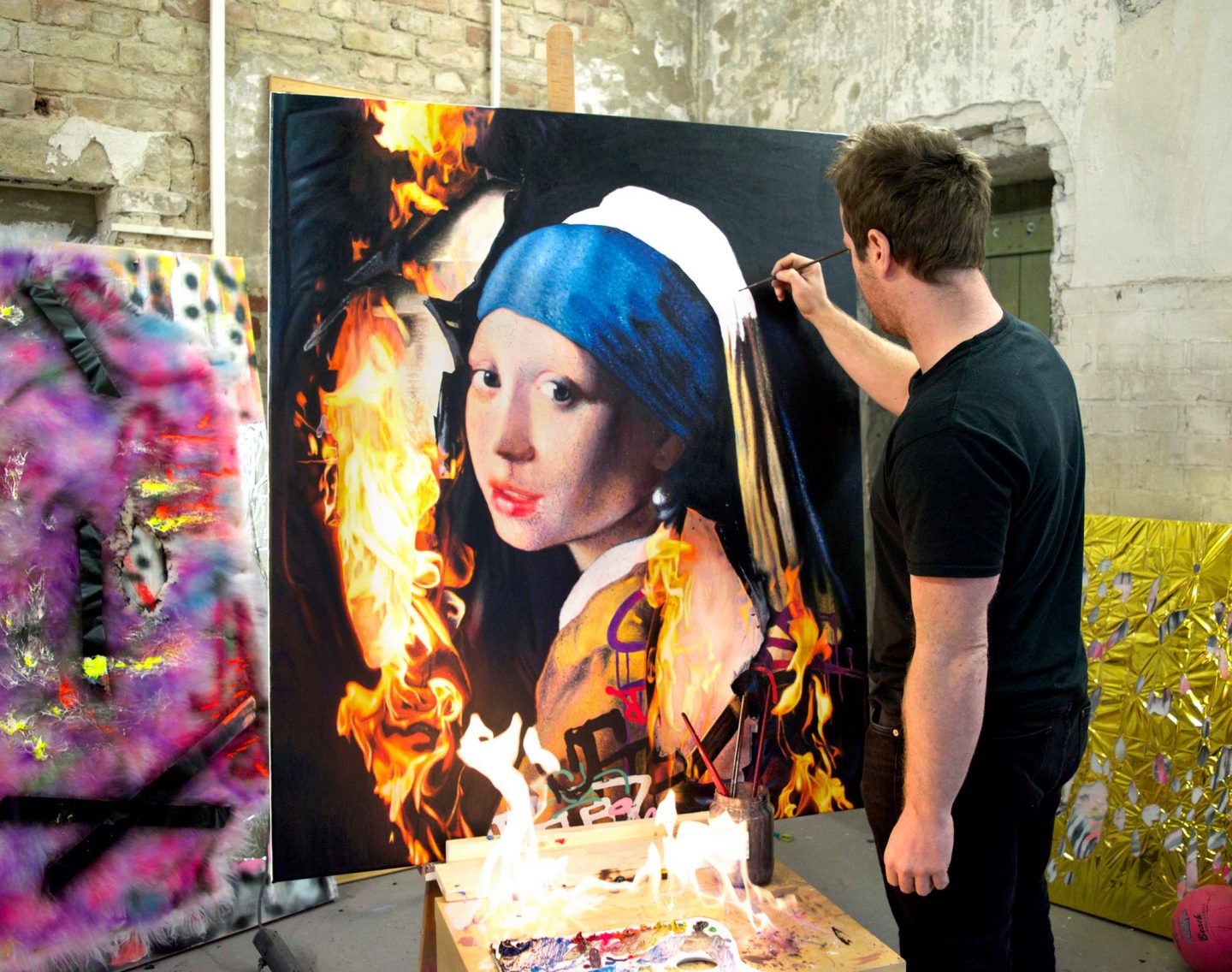 These two first met at an abandoned spy station in Berlin and quickly became friends. Even though they come from two different countries separated by a vast distance, they grew up with nearly identical cultural influences. Products of an ever spreading, homogenized, cultural malaise. It is this dulling pop culture that they reference in their work. The blurring of reality and commerce. Always in focus is the one weapon that we have against the power structures that wish to control and dominate us. Paint.